On March 4-5-6, 2010, the KÉK – Contemporary Architecture Centre organizes the Budapest Architecture Film Days for the third time. The mission of the Architecture Film Days, initiated by KÉK in 2007, is to generate a dialogue between the architectural practice that finds inspiration in cinema, and the cinema borrowing its subjects from architecture and the city. The 2011 edition, selecting from award winning films from the past decades, is organized around three themes: the films examining the relationship between architecture and politics are organized in three film blocks (Architecture and Politics 1,2,3) two blocks consist of films presenting the oeuvre of renowned architects, and one screening addresses the topic of utopia in architecture (Accomplished utopias). Besides the thematic selections, a screening of animated short films will help linking the universes of cinematographic and architectural production. 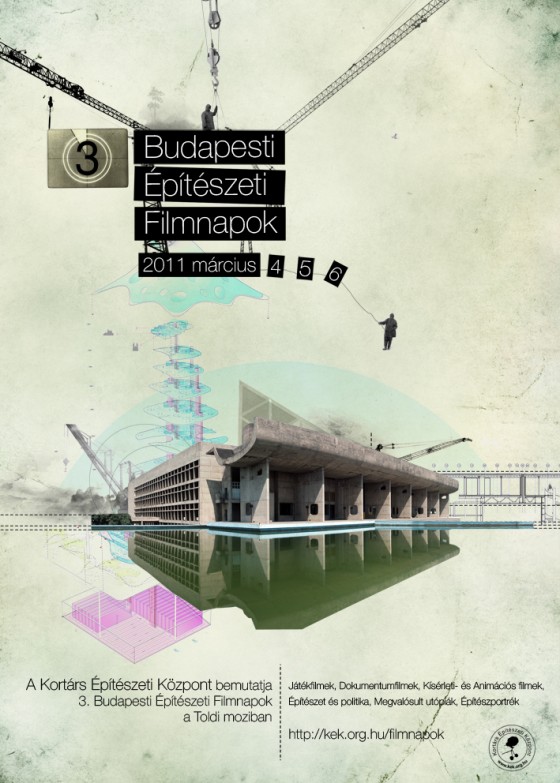